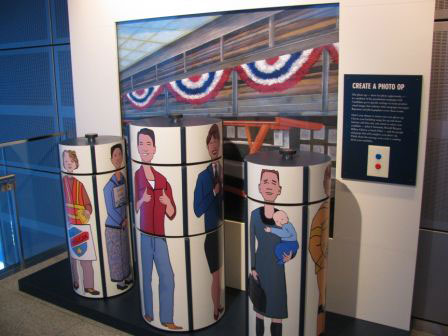 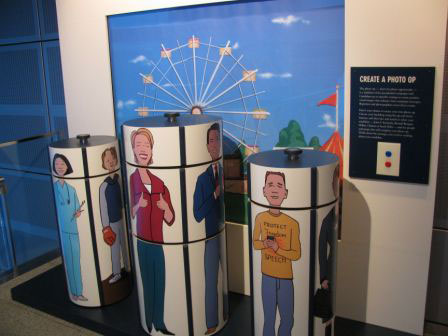 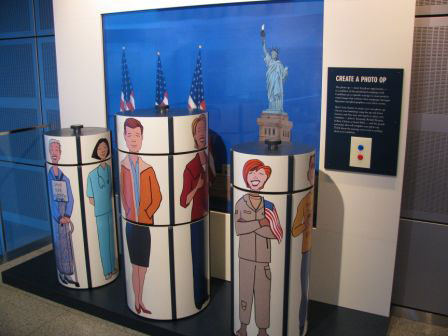 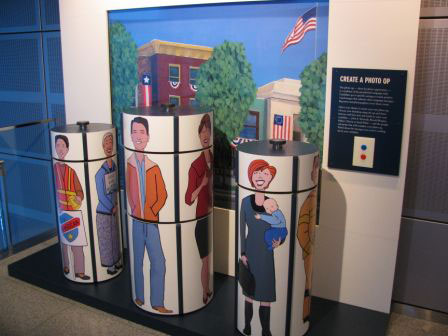 This “Campaign Photo Op” interactive is a popular, hands-on part of the Newseum’s “Every Four Years: Presidential Politics and the Press” exhibit, on display through Jan. 27, 2013. The exhibit looks at how the relationship between candidates and the news media has changed since the start of the modern presidential campaign in 1896.

The exhibit was designed by Newseum exhibit designers to show younger visitors how campaigns organize “photo opportunities” that show candidates off in a photogenic setting and send a message about their campaigns. Visitors push a button to select from four background settings for their “photo op,” then rotate the bodies to select a candidate from among four choices. They can also select the people who might be attending the campaign photo op. Visitors often place themselves in the “photo op” and take photos of themselves in the interactive.

Back to the Gallery