Gwaii Haanas National Park Reserve, National Marine Conservation Area Reserve, and Haida Heritage Site are protected areas on Haida Gwaii, a remote archipelago off the north coast of British Columbia, Canada. It is a wilderness area, with no roads, stores or cell phone coverage and little signage. The goal was to inform the community about the area through interpretive panels. It is on the unceded territory of the Haida Nation and they strive to include the Haida language in all work that is completed. “We worked with Haida Elders from the Skidegate Haida Immersion Program (SHIP) to translate the text into Haida.” (Parks Canada Staff) The new panel text is tri-lingual; English, French and Haida. 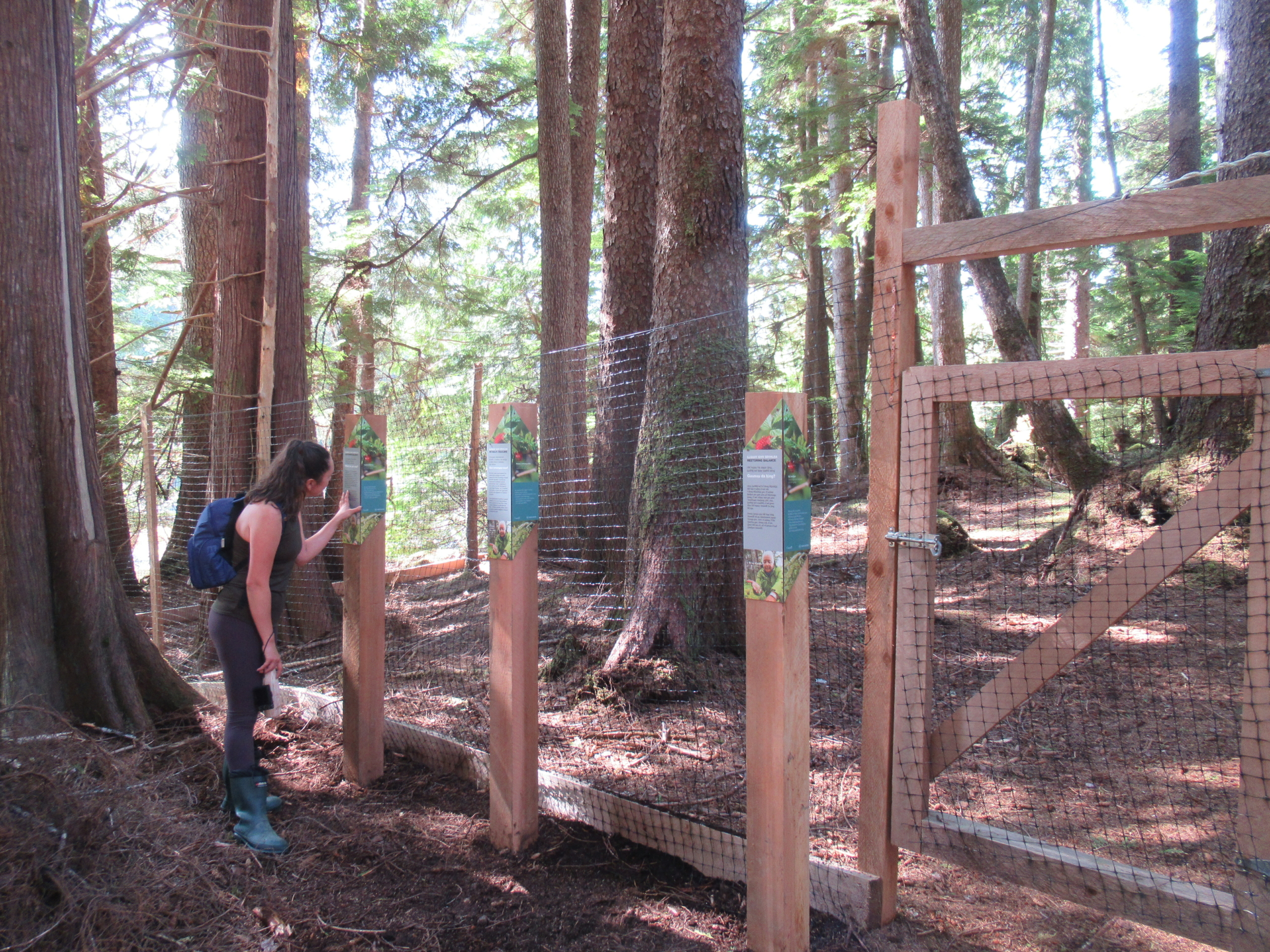 The design and installation of the panels was done ‘in-house’ with Parks Canada staff. Lisa Vassrevic Brunet designed the panels and Gwaii Haanas technical service team members installed them. When designing interpretive panels for a cultural plant enclosure, it was important to keep the sign footprint to a minimum. To keep the panel from getting too large it was split into three and wrapped the panels around local cedar posts.

Parks Canada chose iZone’s’ Custom High Pressure Laminate (CHPL) to complete the project because the material is durable and is impervious to moisture. It also holds a 10-year warranty against fade and delamination. 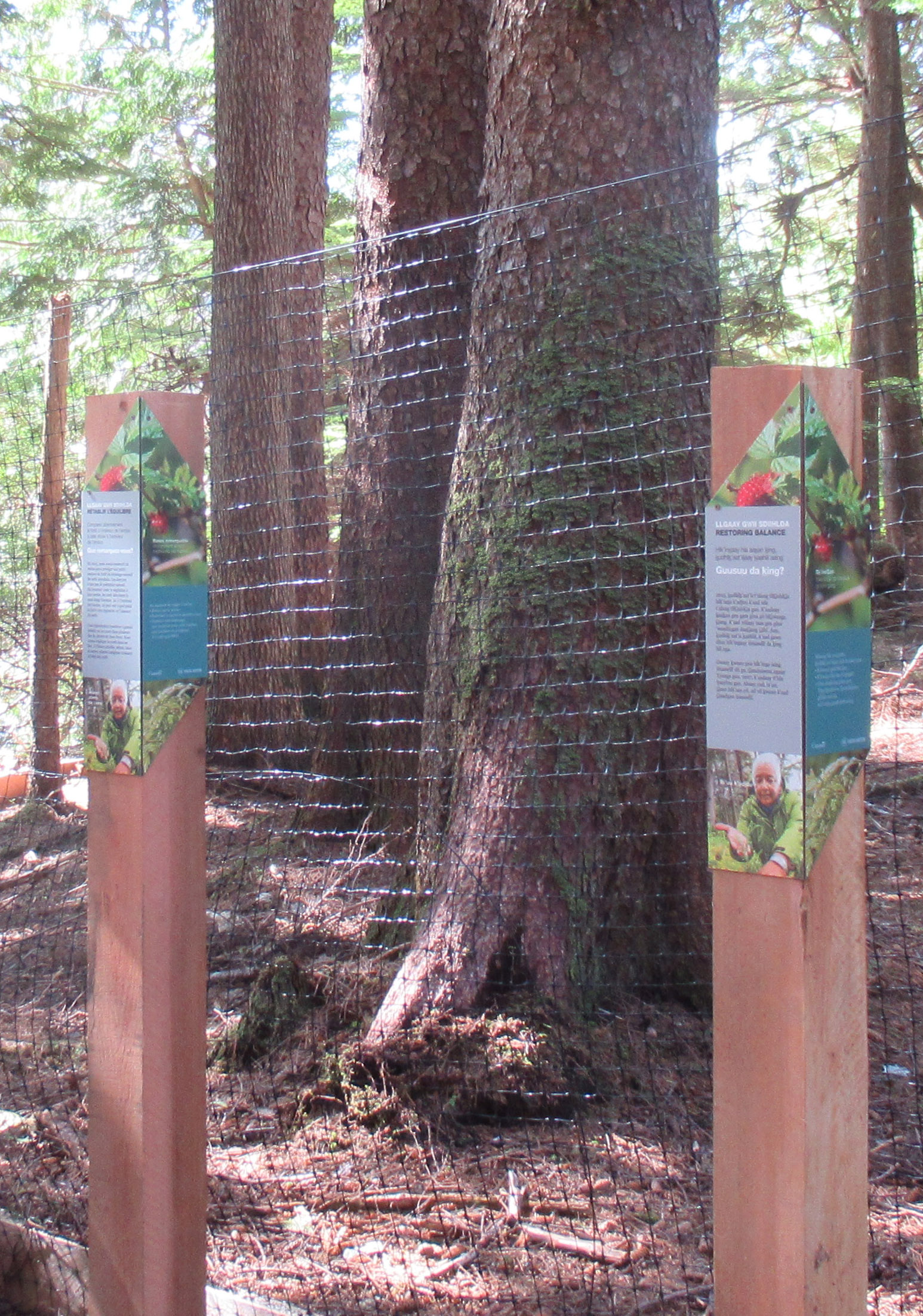