The Oregon Film Trail is a statewide network of recognizable trail markers, placed at iconic filming locations and strategic points across Oregon. The Trail stitches together many communities, locations and notable films. This creates a presence and following where we can connect, retell stories, and celebrate Oregon’s rich contribution to filmmaking since the early 1900’s. 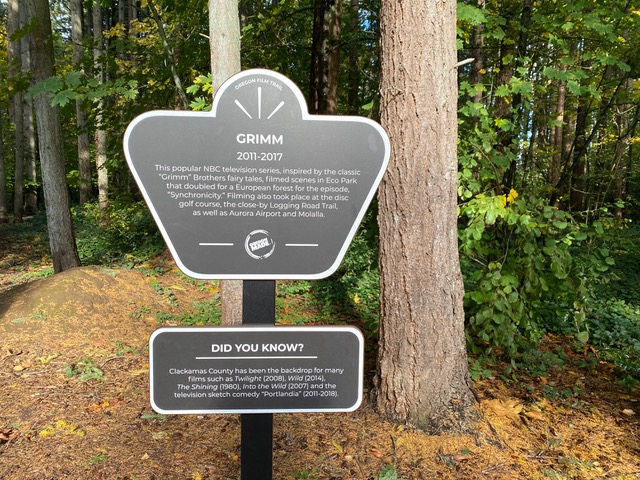 The goal of this project is to celebrate interest in Oregon’s filming communities and locations that have been highlighted by the film and television industry by way of strengthening opportunities to market a growing niche in the travel industry – that of “film tourism.”

The Governor’s Office of Film & Television (A.K.A.Oregon Film) and the Oregon Made Creation Foundation partnered to create the Oregon Film Trail. To date, 36 markers have been installed, from Astoria to Klamath Falls, Warrenton to Wallowa Lake State Park, and including the Portland International Airport mural and exhibit. All seven of the Oregon’s tourism regions are represented on the Trail. 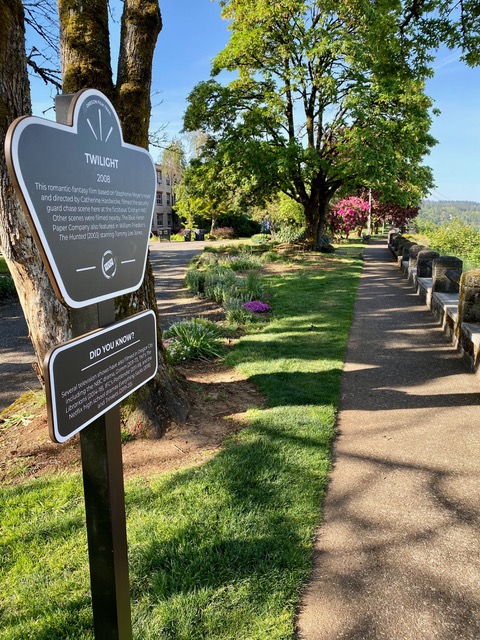 The Oregon Film Trail is still in its first phase (installing physical signs) and has now added a digital map. The second phase (currently in development and pending grant funding) will immerse visitors in an Augmented Reality feature that will highlight a film location at a few designated Trail stops.

Each sign consists of two panels uniquely designed and manufactured out of Custom High Pressure Laminate with custom hardware. The signs are extremely durable, fade resistant, non-toxic and offers easy maintenance.  The markers can be post or wall  mounted based on the film location. 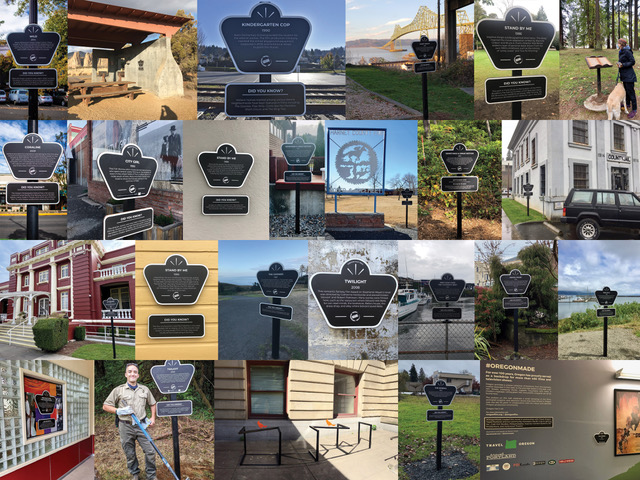